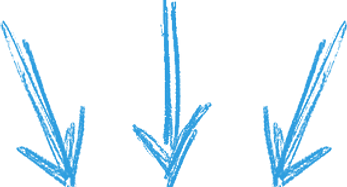 Perhaps you have some questions and you think it would be better to speak to someone at Fort Worth Head Neck and Jaw first so you can be 100% sure that we can help you.

A Doctor of Physical Therapy will perform a thorough history and examination of your injuries in order to see if Fort Worth Head Neck and Jaw would benefit you.

Nasal Skeletal Release is a powerful physical technique that adjusts the bones of the skull. This was developed by Dr. J. R. Stober of Portland, OR in the 1930s. The procedure uses a small finger cot affixed to an inflatable device which is inserted into the nasal passages. The balloon inflation presses outward against the bones lining the breathing passages and adjusts the sutures of the skull, particularly the sphenoid. This ultimately relieves the forces that have gone into the skull by releasing any impactions in the cranial sutures. Adjusting these bones of the skull re-establishes the flow of cerebral spinal fluid to the brain and spinal column.

How does the procedure work?

When the skull is not in proper alignment, the rest of the body will attempt to compensate by changing the way we move. This can create poor posture, breathing difficulties, chronic pain, and even depression. Placing the bones in better alignment allows for optimal blood flow to the brain and spinal cord and neuro-transmitter activity throughout the central nervous system.

What can I expect from a treatment?

Nasal Skeletal Release is performed using a finger cot affixed to a blood pressure bulb. The finger cot is lubricated , then placed into each of the six nasal passages. The blood pressure bulb inflates the cot which expands inside the nasal passage. The opposite nostril is lightly compressed to prevent air from escaping. The patient takes a deep breath and holds it then the finger cot is gently inflated making its way into the nasopharynx, causing it to widen. The finger cot is inserted into the lower portion of the nose on both sides, then the middle portion, then the upper portion. It is then repeated in the lower portion to balance the procedure (the lowest is usually the tightest one).

The process is not usually painful because only one inflation in the passageways is performed the first time. When this is tolerated, more inflations are indicated. With the procedure, pressure is felt in the nose and inside the head. Many times clicks and pops are felt in the bones of the head.

Symptoms that may respond to Therapy

1.   Caution should be taken with patients who might have bleeding disorders or taking anticoagulant medications. This population may not be good candidates for this procedure.

2.   Patients with prior nasal or facial bone surgery, especially with modification of the turbinates, are not good candidates for nasal specific because the integrity of the structures is unpredictable.

3. There has been at least one case reported where an asthma attack was initiated by the nasal specific procedure. [S. Oliver noted this from his private practice experience] It was suggested therefore as a precaution; the clinician should be assured that the patients with a history of asthma have their inhaler with them when they are going to undergo this therapy.

Epistaxis, or nose bleed, can result from the Nasal Skeletal Release

Minor soreness over the maxillary-zygomatic or inter-maxillary articulations, tenderness of the nasal passage regions, a tingling feeling in the central maxillary incisors, and mild soreness of the gums is possible. In some cases, these mild symptoms persist, though diminishing, for up to several days. Infrequently, a patient might experience a headache after treatment.

Throat irritation due to increased drainage from sinuses may also happen following Nasal Specific Technique. This is temporary and goes away in a short time. Draining of the sinuses is a common side effect from this procedure. Some people's passageways are very tight and feel uncomfortable during the procedure but all have reported feeling better afterwards. The therapist attempts to gradually open the nasal passageways with multiple treatments to prevent a traumatic Nasal Skeletal Release experience.

See What Our Patients Have To Say

What is Nasal Skeletal Release?